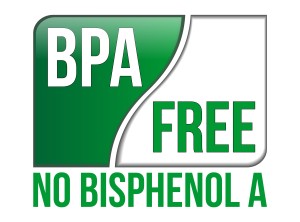 In 2009 when I first learned about the dangers of BPA, a chemical in plastics, I immediately bought BPA-free water bottles and BPA-free food storage containers. I also educated friends and family members about this chemical and urged them to do the same. I later learned that there are other chemicals in plastics that could be just as dangerous and I now avoid plastics as much as possible, whether they’re BPA-free or not.

Bisphenol-A (“BPA”) is a synthetic estrogenic chemical that disrupts the endocrine or hormonal system. It is used to make plastics hard, but is also found in the lining of canned foods and on thermal paper that receipts are printed on. Given that it disrupts the hormonal system, it’s not surprising that exposure to BPA has been linked to infertility, low sperm count, early puberty in girls, as well as breast and prostate cancer. Prenatal exposure has also been linked to genital deformity.

In addition to hormonal related disorders, BPA has been linked to autoimmune diseases. In 2014, Datis Kharrazian, wrote a paper in the Hindawi Journal exploring the link between BPA and autoimmunity. He found that BPA appears to activate immune pathways involved in autoimmune disease development. And if the list isn’t long enough already, I’ll add that BPA has been linked to asthma, heart disease, liver problems and ADHD!

BPA-free bottles and containers have become popular in recent years as more of us, especially mothers, have learned about the dangers of this estrogen mimicking chemical. However, research has now found in recent years that BPA-free plastics also contain similar endocrine disrupting chemicals.

In 2011, the Center for Environmental Health tested 17 BPA-free sippy cups purchased from Target, Walmart and Babies R Us, and over a quarter of them contained synthetic estrogens. A study published in 2011 the National Institute of Health’s (“NIH”) Environmental Health Perspectives journal also found that BPA-free products released synthetic estrogens more potent than BPA!

Plastics manufacturers have replaced BPA with other bisphenols, BPF and BPS, which have similar or worse effects than BPA. It appears that companies under pressure for having certain toxins in their plastics often simply replace them with chemicals that have not been tested. Michael Green, the director of the Center for Environmental Health characterized this practice as “an unplanned science experiment that we’re doing on our families.”

You might be thinking that you don’t need to worry much about these endocrine disrupting chemicals because your exposure is low. However, the effects of exposure to low levels of these chemicals is up for debate. There are studies that support both theories. I adopt the precautionary principle which essentially says that if something has a suspected risk of causing harm to the public, until there is scientific proof to the contrary, it’s better to avoid it.

Clean Body Living means living a clean life in every sense and that means doing your best to reduce your exposure to toxins, even low dose exposure. This is especially important if you have an autoimmune disease. Given that your immune system is already on overdrive, you don’t want to add anything that will activate it any further. I also recommend that pregnant women and young children be cognizant and vigilant about low dose exposure to estrogenic chemicals, paying particular attention to bottles, sippy cups and toys.

The bottom line is that it’s best to avoid plastics as much as you can. Unfortunately it’s difficult to completely do so, but there are many steps you can take to reduce your exposure to endocrine disrupting chemicals. One thing I suggest is to make sure that your plastics are not subjected to heat of any kind, whether from the sun, dishwasher or microwave. Heat is a primary element that causes plastic molecules to separate thereby increasing your exposure to BPA, BPF, BPS and other chemicals. For additional tips on how to reduce your plastic exposure, please read my article “Six Easy Tips for Reducing Your Plastic Exposure in the Kitchen.”

As I was doing my research for this article, I came across a disturbing study conducted by George Bittner, a professor of neurobiology at the University of Texas-Austin, published in NIH’s Environmental Health Perspectives journal. The study found that “almost all” commercially available plastics tested leached synthetic estrogens, even when they were not subjected to heat! Hence another reason to reduce your exposure to plastics as much as you can.

For more research on BPA-free plastics, please refer to one of the sources that I used for this article, “Scary New Evidence on BPA-Free Plastics” published by Mother Jones in June 2014.

Now it’s your turn. I want to know three things: (1) Do you have BPA-free containers at home? (2) If so, which ones will you replace first? (3) Which ones do you think will be more difficult to replace? Let me know in the comments below.

Leave a CommentLeave a Reply to HRu